Flight1 Aviation Technologies has released a new avionics training solution for the Garmin GNS 530 that works with Lockheed Martin® Prepar3D® to help pilots learn to use the GNS 530 and stay proficient.

The G530 Simulator Enterprise Edition features a realistic hardware Navigation Unit mounted in a vertical desktop stand, and software that provides a nearly one-to-one simulation of the GNS 530W. 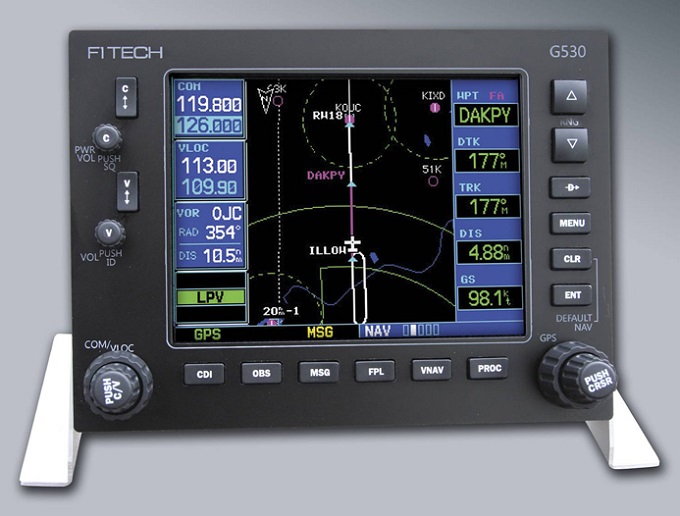 “The 530 is powerful, but it’s also complex,” says Flight1 Aviation Technologies President Jim Rhoads. “There are a bunch of ‘gotchas’ to be aware of. So after they read the manual, many pilots buy a course or play with a part-task trainer. They become really familiar with the operation of the 530. But courses and part-task trainers don’t allow you to practice using the 530 in the context of actually flying. And that’s a problem.”

By flying with the G530 Simulator Enterprise Edition in the simulated environment generated by Prepar3D, pilots can become comfortable operating the 530’s interface while simultaneously aviating, navigating, and communicating. They can practice using the 530 during VFR and IFR flights between any airports, anywhere in the world, in any season, in any weather conditions, at any time of day or night. They can even learn to use 530 features they might never have the opportunity to explore during a real flight in a real airplane.

“There’s no reason to jump straight into an airplane,” explains Rhoads. “We all know that the cockpit is a poor learning environment for many skills. It’s also an expensive one. The G530 Simulator is much more cost effective, and it’s a much better training tool.”

It’s a stand-alone application that can be run on a separate PC connected to the flight simulation via a network. (Most other 530 simulations available for Prepar3D and FSX are derivatives of the default GPS created by Microsoft for entertainment. The few solutions that do offer more realism are add-on gauges that run within the flight simulation—and use up valuable processing power and memory.)

The G530 Simulator Enterprise Edition hardware features a scale replica of the real GNS 530, with a 5.6″ VGA LCD display, fully functional buttons and knobs, adjustable backlighting on each button, and cables to connect it to a PC.

“The industry is moving to touchscreens, but there are still a lot of 530s out there,” concludes Rhoads. “And simulation is the best way for pilots to gain mastery using it. The G530 Simulator Enterprise Edition is the best tool for that job.”

Flight1 Aviation Technologies was launched in 2004 to focus on delivering PC-based simulation solutions to aviation customers. With a unique history that has followed the simulation and training industry’s appropriation of game-based technologies, the company is changing the way pilots train and stay proficient. To learn more about the G530 Simulator Enterprise Edition and other tools for flight training and pilot proficiency, visit www.flight1tech.com.